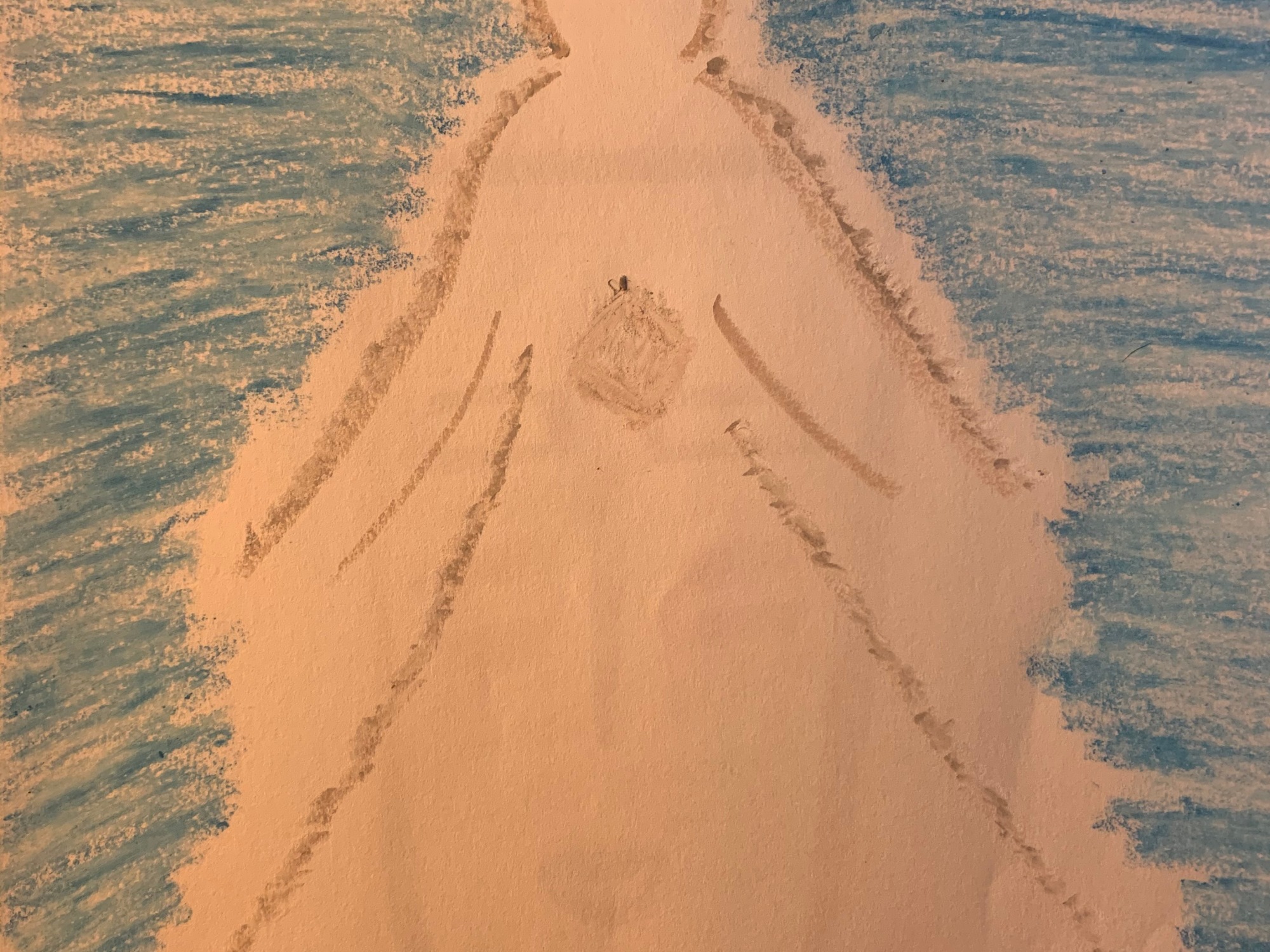 At the end of a recent craniosacral therapy session, my therapist asked me how I felt, as she always does, but my response was different than it had been lately.

I started by saying I felt “foggy” and then “misty” when I tried to clarify that I was still trapped in a fairytale-like land that existed somewhere between awake and asleep. She asked a few more questions and, for someone who was usually eager to bring words to my experience, I was having trouble coming up with something tangible to say. Then, I had an image of my body, and I remembered a word that floated in that fairytale-like space where I existed during the session.

“It was like all the continents of my body shifted and you were gluing me back together at my fault lines.”

Saying stuff like this is how I wrote and eventually published my first chapbook.

I’m an accident prone person. Not in the way that suggests I’m the person who falls off the chairlift or is banging myself up in comical and adventurous sorts of ways. I seem to learn my life lessons by way of debilitating and introspective injuries. From the paradigm of Carolyn Myss’ archetype theory, you could say that this is just part of my Wounded Healer archetype:

The Wounded Healer is initiated into the art of healing through some form of personal hardship–anything from an actual physical injury or illness to the loss of all one’s earthly possessions. Regardless of the shape of the wound, the challenge inherent in this initiation process is that one is unable to turn to others for help beyond a certain degree of support. Only the initiate can ultimately heal the wound; if it is an illness or accident, it will frequently be one for which there is no conventional cure.

What’s most interesting about my injuries is that they’ve led to the creation of some of my best work. When I was recovering from a back injury I tried countless methods along the allopathic to holistic spectrum, and when I started yoga therapy it led to an unexpected and fruitful turn of creativity.

I spent several months in private yoga therapy sessions and when this practitioner asked me how I felt, I had trouble describing the sensations of my body, much like I did recently with my craniosacral therapist. Back then, without much awareness or understanding of my body, I resorted to metaphors to describe how I felt. Those metaphors turned into drawings.

As I came to understand more about the injury through my drawings, I started blogging about it. When I shared the blogs with a poet friend she said, “You realize that what you’ve created is poetry, don’t you?”

I was gobsmacked. It was one of those forest-for-the-trees moments.

Confession: before then, I’d never really had any formal training in poetry other than reading poems in school, so I was shocked that I might have created a poem, or several for that matter. Looking back now, I’m not surprised at all that the practice of using metaphors to describe my body ended in a series of poems. With a quick lesson from my poet friend in how to create line-breaks, I transformed those blogs into poems.

As if this couldn’t be a better example of the way making art leads to synchronicity, my discovery that I had roughly 18 poems coincided with the third semester of my masters degree in creative writing, which required a project. Throw in some more synchronicity and the recent connections I’d made with a studio owner, a book arts professional, and a photographer, and it all turned into collaborations that led to an art exhibit of 18 life-sized poems with photos of me dancing along the bottom like a filmstrip, and a miniature version of the exhibit in chapbook form. Both were titled “Today’s Body.” Not only did two-thirds of the poem/art get sold off the walls on the exhibit’s opening night, but I sold out of a first and second edition of the chapbook.

I didn’t set out to write and publish a chapbook and I’m almost certain that’s why it happened and how it was so successful. I wasn’t in my own way and I wasn’t thinking about the “market” of writing. I was just thinking about my body and then about the art that came from it.

Having come off of a time when I got lost in the dark forest of publishing, now, as I mull over images of fault lines, I think it might be time to listen to my body’s voice again and see what art comes of it.